As part of the collaboration program between noTours and Novars, the Research Center for Electroacoustic Composition, Performance and Sound-art of the University of Manchester, Escoitar has participated for a second time in Locative Audio. For this year event we have produced a geolocated soundwalk around Oxford Street and Whitworth Park with compositions by Ricardo Climent, Suk-Jun Kim, Brona Martin, Felipe Otondo, Nacho Pecino, Mark Pilkington and Enrique Tomás.

The particularity of the project is that we have developed a new visualization tool that allows real-time tracking of people who experience a soundwalk with noTours, for Locative Audio.

A real time representation of all the people trying the soundwalk and their paths was projected at John Thaw Studio Theatre, the concert hall holding the event. Interacting with this projection, audience could experience the same acoustic composition that each of the walkers where listening to. To present the project, a small concert with an ensemble of six musicians improvising over the sound composition generated by several simultaneous walkers was programmed in the concert hall. 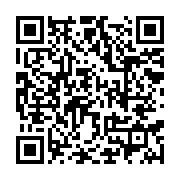