Saturday 31 May 2014, by Horacio González Diéguez.

We have just presented a new collaboration between Ania González (specialist in Museology and Critical Theory) and Horacio González (Digital Artist) called Can Spivak Speak? This project proposes a series of methodological exercises related to the (im)possibility of communication with the question posed by the feminist theorist Gayatri Spivak (Can the subaltern speak?) as a starting point.

The first exercise of this series that explores language and code as structures that both unite and divide us, was presented on May 31 in the lecture program A2 produções em torno da arte contemporânea, in Culturgest (Porto). 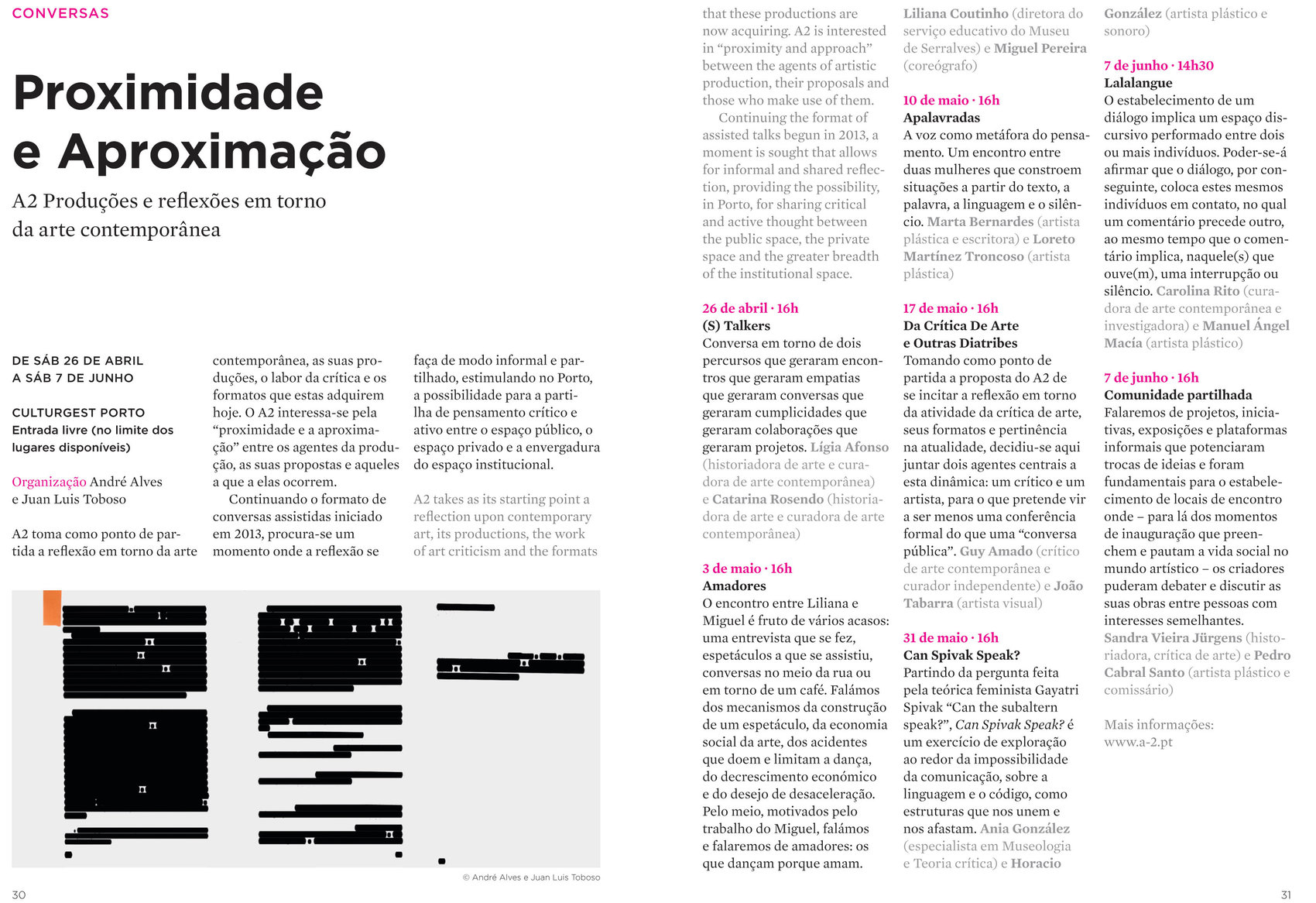 By establishing a conversation format, Can Spivak Speak? 01 aims to reflect on the possibility of articulating a communication process to be shown so that the conversation isn’t transformed into a representation of itself, while also aims to to reflect on the role of the public in such a process and on the concepts about communication and in-communication that surround the project. On the other hand, the topic chosen to exercise the conversation format, a discussion about different ways to materialise a second exercise for Can Spivak Speak? series, is a clear commitment to address the issues raised assuming complexity and establishing connections between concepts, places, images and ideas that navigate the immediate present of the conversation, the past-present-future represented by the first exercise itself, that while taking place is being analysed as if it had already happened to establish the key elements for the second exercise, and finally, a future made present through the planning of the second exercise of the series.

Can Spivak Speak? 01 is a conversation that unfolds to create creases and folds, coincidences and disagreements, is a extremely hard format demanding for both the public and lecturers, in which the language is relentlessly present and each person must decide how to confront its part on the proposal and on the communication process itself.